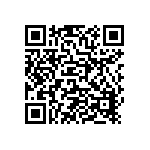 99 Names of Allah is a free application to read and to listen the 99 Most Beautiful Names of Allah on your smartphones and tablets. Applications is updated in version 2 with Material Design support.99 Names of Allah are the names of God. Each representing a certain Attribute or Description of God. Allah(Swt) says in the Glorious Qur'an: He is Allah (God), the Creator, the Originator, The Fashioner, to Him belong the most beautiful names: whatever is in the heavens and on earth, do declare His praises and Glory. And He is the Exalted in Might, The Wise. [Quran 59:24].The 99 names of God or 99 names of Allah (Arabic : أسماء الله الحسنى Asma’ Allah al-Ḥusná), are the Names of God by which Muslims regard God (Allah) and which are described in the Qur'an, and Sunnah, amongst other places.According to Islamic tradition,[3] Muhammad is said to have invoked Allah by a number of Names. According to a Sunni hadith, Sahih Muslim:Abu Hurairah reported Allah's Messenger (may peace be upon him) as saying: There are ninety-nine names of Allah; he who commits them to memory would get into Paradise. Verily, Allah is Odd (He is one, and it is an odd number) and He loves odd numbers. And in the narration of Ibn 'Umar (the words are): He who enumerated them.—Muslim ibn al-Hajjaj Nishapuri, Sahih Muslim[4]Over time it became custom to recite a list of 99 Names, compiled by al-Walid ibn Muslim as an addendum to the hadith.Features=======* Read 99 Names of Allah in Arabic and English* Listen 99 Names of Allah in Arabic* Read meanings translation of these 99 Names of Allah in English* Mark your favorite names* Share each name of God with friends via mail or social networks* Set one of these 99 Names of Allah in Wallpaper* Enable Notifications to have one of 99 Names of Allah in notifications several times a day to learn these Names* Display number for each name* A Live Wallpaper displaying all of 99 Names of Allah* A Widget displaying 99 Names of Allah on his Android device* Material Design supportRate application if you like it ! Thanks.A pro version with no ads is also available : https://play.google.com/store/apps/details?id=com.ssaurel.allahnames.proIf you have questions or others feedbacks, don’t hesitate to contact me by mail : [email protected] a try to our web site that gives salat times for muslims online : http://www.muslim-salattimes.com
99 Names of Allah Historial de versiones de APK