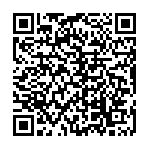 
This Superhero cycle stunt - mega ramp stunt racing is thrilling creation for kids and adults by Blur Solutions.
Go and complete the challenges in sky rooftop to perform the stunt, driving and racing with sports cycle and racing bicycles
Play stunt game to achieve the reward in impossible tracks 3d game.
Come towards the challenges of the Superhero BMX cycle stunt game where you have to understand the objectives
to complete the stages of the impossible cycle driving game. Start the cycle and ride on sports
bicycles in stunt games to accomplish the target of the mega ramp stunt game.


Superhero Supergirl Bmx Freestyle Stunt Racing Game
Kids love superheroes driving rocket cars and bikes in the supercity but in this game, you will get the
chance to drive a bicycle with your superhero. as a superhero Supergirl you will leave your
superbike or bicycle's their wheelbarrow on the stunt car tracks.
Superheroes Supergirl racing fever is everywhere and here as a superhero you will collect hidden rings
on a bicycle and park your bicycle safely and on time.
Superhero Supergirl Bmx Freestyle Stunt Racing Game is a very challenging game. You will drive all super Bicycles.
You have played champions fighting but you will play first time a race between the time of your superhero
champions in off-road and rooftop environment.
Play this game like you are around any Subways to run or enjoying ay home or doing a flip over stunt and pull out all stunts.
Make the rules of superheroes survival against time and be the best.
Kids superheroes driving rocket cycle and bikes in the supercity.
Superhero coloring rocket racer bikes are making top stunts on hilltop,
rooftop and their wheelbarrow are on the stunt racing tracks.
Kids driving bicycles as superheroes can easily do stunts and complete all levels to become champions.
This is one of the Best Superheroes Bicycle Parking Game.
com.blursolutions.superhero.supergirl.bmx.freestyle.stunt.racing.game Historial de versiones de APK