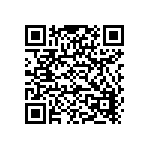 A devastating plague has caused the dead to rise and ancient beings to awaken. This comic book inspired world is shrouded in mystery with a threatening zombie outbreak at its core. Build, grow and maintain a sanctuary for those looking for refuge and recruit unique heroes with special abilities to fight against the undead and other supernatural dangers. Rebuild your society, strategically equip your heroes, and face the dangers of the outside world.
FIGHT: Recruit powerful heroes and discover a world full of undead monstrosities, raiders, and other mysterious beings. Create the best squad for the job to give yourself a fighting chance against the shambling horde.
REBUILD: Construct your homefront to gain advantages on the battlefield, from leveling for expanding your party to recruiting and leveling up heroes,
EQUIP: Discover and equip over 50 hand-drawn items to make sure your squad is always prepared for the worst-case scenario.
SEE: Experience a world seemingly ripped from a comic book, presenting a vibrant aesthetic.
LISTEN: The apocalypse has never sounded better, thanks to the unsettling soundtrack by Saltillo.
Days of Doom Historial de versiones de APK