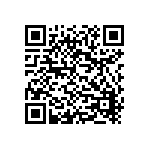 The most advanced full-scaled multiplayer 3D RPG for Android has arrived in HD! The time has come to call for a hero. Join the battle in this epic RPG adventure delivered in stunning 3D

MULTIPLAYER
Earth And Legend features multiplayer mode as well as single player. Team up with a friend and experience co-op multiplayer. The multiplayer system allows players to tag team creatures and fight alongside each other while solving quests

PETS
Earth And Legend features the ability to own pets. Not only do pets make great companions but they also are trained to fight alone side their owner in combat

REAL NIGHT AND DAY
Earth And Legend features a true in-game cycle of night and day on a 24 hour based time system. For every 24 minutes that the game is played, a full night and day cycle of 24 hours passes in the game world

WEATHER SYSTEM
Earth And Legend features a highly advanced weather system. Depending on weather conditions, from time to time it will rain. In high altitude places it snows. A very strong rainfall will even produce thunder and lightning, which can be used by magicians. Some spells draw power directly from thunder and lightning, making the caster very powerful when it rains