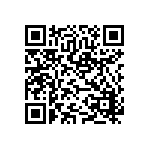 End of the Earth

When an evil AI construct threatens the destruction of humanity and of the very earth itself, there is only one man who can save the world from certain doom. Sarge and his elite team of space marines return to duty in this action packed linear role playing game from Ape Apps. It's Deimos 2 - End of the Earth!With a riveting story line taking place soon after the events of the original Deimos RPG, Deimos 2 kicks the action and suspense up 50 notches and then lights everything on fire along the way. After saving the Deimos research colony from destruction, Sarge and his team return to earth, only to find the planet under attack by a hostile robotic force. The stakes are higher than ever. Will Sarge once again save the day, or will earth fall to destruction? The choice is up to you!Deimos 2 is built on the award winning Level Up RPG engine from Ape Apps. It is designed for quick pick up and play action.There is also now full gamepad support for Deimos 2. You can play on the go, or on the couch!
End of the Earth Historial de versiones de APK