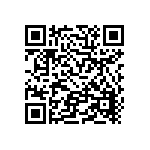 Dear commanders: 《Grimm Heroes》is an idle RPG game, one that is both quick and easy to play. Challenge players from across the globe in battles of wits and heroes! Download the best hero-based turn-based RPG game for free! Synergize powerful skills and unleash your team’s full potential to claim victory.Join an alliance and take part in epic co-op missions with your friends or compete in real-time worldwide online PVP battles.Demolish all foes littering your path to glory in campaign mode. Command & Upgrade your HeroesCollect novel and unique heroes, each with their own special abilities.Assemble the right team to take on different enemies. Change up your roster and the perfect combination.Claim your well-earned loot after each battle, level up your heroes, upgrade your abilities， and perfect your teams.Prepare for a world of never-ending battles. Prove your brilliance and watch as your heroes rule the battlefield. Tactical PvP CombatBuild squads of 6 heroes and dominate the leagues and leaderboards.Test your skills against other players in real-time tactical combat.Turn the tide of battle with special abilities! Climb the leaderboards and be graced with grander rewards. New Cross-Realm BattlegroundJoin forces with your friends to build an unstoppable alliance of heroes.Up to 8 different alliances can contend over the same battleground.The Cross-Realm Battleground is a limited-time game mode, lasting but one month of a battle season. Defeat your rivals in intense time-based competitions that involve both your personal skill and the might of your guild. Download now and build a legion of unstoppable heroes!
GrimmHeroes Historial de versiones de APK