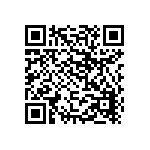 The idle, defense, and role-playing game : Infinity War!! masterpiece which will be the most exquisite game in 2019"The idle, defense, and role-playing game"!! Infinity War!!! ◆ A masterpiece which will be the most exquisite game in 2019"The idle, defense, and role-playing game"!! Infinity War!!! ◆=========================================◆The features of the idle, defense, and role-playing game, Infinity War◆=========================================■You can play both defense- and role-playing game at once!! It's an easy idle, defense, and role-playing game that everyone can enjoy!▶It has a battle system which is full of strategies depending on combining mercenaries The more you combine mercenaries the more competent mercenary having stronger skills you will get The battles will get more exciting and dynamic as you complete each stage! The more you combine mercenaries the stronger mercenary you will get▶It has a battle system which you can adapt 6 kinds of jobs to the field stage A neck and neck battle system among 15 tribes that is adaptable to stage and raid bosses▶If you combine mercenaries, a new ability will be activated. It will get stronger or an extra buff will be activated. The ultimate mercenary combine system! (It is planned to be updated 4 weeks after release) ▶It has a tower defense-style play system!!! The beauty coming from a neck and neck tower defense game through strategic play of the jobs battle system! The fun of offensive and defensive battles! ▶It has monsters and mercenaries of a variety of jobs (15 tribes containing a knight, an archer, a wizard, an elf, a demon, and a human-animal hybrid)▶You will be less stressed from real money trading as we offer opportunities of getting rewards by mission, ads, and installation!!'Croizen' a land where breath of the gods stays... a mysterious continent where magic and legend are alive‘Crymond” which is called ‘Tears of the gods’ and excavated in ‘Croizen’ only is a major ingredient for strong magicThe 6 tribes including a human, an elf, a human-animal hybrid, a demon, and a celestial being that govern the continent ‘Croizen’The battles for possessing ‘Crymond’ among the tribes have finally turned into the wars among the tribes The continent has been the theater of the wars for over 500 years The elders of the demons got distressed following continuous defeats and tried ‘Hell Breath’, a forbidden summoning magic that is written in the bible of ‘Croizen’…..The elders of the demons got encroached by evil spirits after using ‘Hell Breath’ and created ‘red Crymond’ which generates a channel for devils in a multi-dimensional place The elders of each tribe facing an extinction crisis gathered together at the “spring of the beginning” where the evil spirits cannot reach and declared the end of the wars among all the tribesAlthough they promised to build a church against the devils, but the distrust being generated during 500 years of the wars made the tribes criticize and fight each other and the plan ended up being failedThe mercenaries of each tribe founded a mercenary guild ‘Cross Guardians’ and finally won the battle against the devils for the first timeNow a new war of heroes begins to protect destiny of the 6 tribes exceeding time and dimensionFor the latest information on Infinity War!▶Facebook: https://www.facebook.com/PWinfinitiwar/?modal=admin_todo_tour▶Contact E-mail: [email protected]
Infinity War Historial de versiones de APK