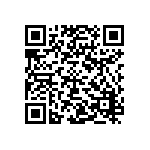 The freedom of Middle-earth is hanging in the balance. Follow the guidance of Gandalf and play as a Dwarf, Elf, Human, or Hobbit to quest for the One Ring and annihilate the forces of evil in this all-new Role Playing and Character Collection game.*** The official game for The Lord of the Rings™ Trilogy ***Quest through The Lord of the Rings universe and recruit your favorite heroes such as ARAGORN, BOROMIR, LEGOLAS, FRODO, and more to strategically build your fellowships. Each hero has unique abilities and each fellowship combination unleashes powerful skills. You can combat Sauron’s evil forces in team-based battles or launch your fellowships into player vs. player arenas and face other fellowships around the world. What are you waiting for? Middle-earth is looking for its hero!-=FEATURES=-SUMMON LEGENDARY HEROES FROM THE LORD OF THE RINGS UNIVERSE• Recruit over 100 characters from The Lord of Rings Universe with special abilities in your quest to vanquish evil.• Amass the most powerful fellowship in Middle-earth by enhancing and evolving your favorite heroes from The Lord of the Rings trilogy.EXPERIENCE THE WORLD OF THE LORD OF THE RINGS TRILOGY• Explore the 3D world of Eriador with other regions such as Rohan, Gondor, and Mordor coming in later expansion packs.• Control up to three teams of different heroes and wage epic battles against the forces of evil.THE STRENGTH IN NUMBERS• Form an alliance - create your Alliance’s unique crest and recruit fellow heroes.• Test the might of your party within your alliance in friendly Scrimmage combat.• Band together and enter Boss raids.PvP BATTLES IN THE ARENA• Showcase your Fellowship's power in The Arena by competing with thousands of players around the world in live PvP combat events. **************Important**************Note: HD DISPLAY GRAPHICS!1080p ready for a hi-def gaming experience OPTIMIZED FOR ANDROIDSupported on tablets of all makes and sizesNote: A network connection is required to playBy downloading this game, you agree to the Terms of Service, Privacy Policy and the License Agreement. https://www.kabam.com/corporate/terms-of-service https://www.kabam.com/corporate/privacy-policyhttps://www.kabam.com/corporate/eula***************************************
LOTRLegends Historial de versiones de APK