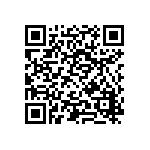 Marvel vs. Capcom: Clash of Super Heroes, known as just Marvel vs. Capcom for short, is a crossover fighting game developed and published by Capcom.It is the third installment in the Marvel vs. Capcom series, which features characters from Capcom's video game franchises and comic book series published by Marvel Comics. The game debuted in Japanese and North American arcades in 1998. It was ported to the Dreamcast and PlayStation, which was released from 1999 through 2000.The game was re-released in 2012 for the PlayStation 3 and Xbox 360 as part of the Marvel vs. Capcom Origins collection.
Marvel Vs. Capcom Historial de versiones de APK