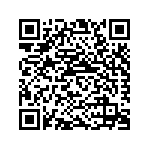 Thrive yourself into a superhero fighting game. Go into the arena and prove
your skills in the best martial arts games as a Kung Fu game champ.
Superheroes Fight Challenge 2021 is one of the best fighting games of 2021.
Be prepared to check heroism and guts against different superheroes and
become a part of free fighting superhero games 2021. Superheroes battle
have astonishing challenges that boost your craze for the combat game. You
will never have an experience of such a classic fighting game before, now
you can utilize the passion of real karate, boxing, and wrestling to knock out
your enemy superheroes in one of the challenging games of 2021. Choose
your strange hero, black hero, and rocket, robin alien hero to play with and
enjoy the magical fighting moves and take the fighting joy to the next level.
Get ready to experience the entertaining best heroic fight in the battle
game .If you are tired of playing boring fighting games for boys? Then enjoy
this incredible fighting game, be ready to fight against deadly superheroes in
this fascinating game by experiencing incredible real-time boxing, wrestling,
and fighting skills, enjoy this perfect game of advanced fighting skills.
Experience several unique martial art kung fu karate and practice it as
superhero fighter, strange hero, black hero, rocket, robbin alien hero in this
fighting championship.
In this splendid real fighting game, become a karate champ amid a number of
superheroes.
Use variant styles like Taekwondo, Kung Fu martial art, best
karate, real-time boxing, and appropriate wrestling expertise and create a
victory in the fighting arena. In best action Superhero kombat Game 2021, to
defend the opposing warrior, you have to develop the nerves of steel, show
unique karate and martial art kung fu styles to smash your rival hero.
Superheroes of games fight with enemies show real-time boxing and
wrestling skills and beat them. Use unique and advanced kung fu karate
styles, kickboxing, and show flying kick, and martial arts to beat all
competitors warrior in these games. Utilize convenient controllers and control
your fighters in this classic arcade heroic game. Beat the enemies and reach
to the next level of the combat game. Experience countless kung fu martial
art adventures and use martial arts as the best fighting style in this game.
Select your real superhero and beat the opponent in this deadly dark street
fight game. Prepare yourself to become a contest of the action pack monster-
fighting sequel and become a legend of the perfect fight club. Now you can
practice your real-time kickboxing and kung fu expertise to target your
hordes enemies in one of the implausible ninja fight games. Pick your fighter
character and begin a fight to chase the victory and become a legend of the
fighters. Win the adventure fight and smash them all to unlock a new fighting
sequel and discover the grand magical fighting moves.
Superheroes Fighting Game Challenge 2021 Features:
• Astonishing HD graphics and detailed textures.
• Various combos with advanced fighting techniques
• Amazing real moves and stunts
• Multiple characters for possible future action.
• Experience real gameplay.
• Realistic background fighting sound effects
• Convenient and smooth controls with multiple kung fu styles.
• Ninja’s amazing actions.
• Various superheroes (strange hero, black hero, rocket, robbin alien)
• Dimensional fighting arena.
Show your courage and power in a deadly kung fu martial art fight to beat
the opponent. Fulfill your imagination of victory in the superhero ninja
fighting game and be the king of Kung fu fighter experts. If you are craved to
wrestle and complete a number of challenges, So Play in both on and offline
mode and make the best out of our free games. So don’t waste your time,
download the Superhero Fighting game 2021 for free and also share it with
your friend.
ModernKungfuFighting Historial de versiones de APK