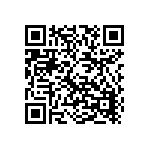 Step into Yunluo Land, the only region that had defended widespread assault of the demonic legion in the boundless Dark Universe of the gods and demons. Although the recent assaults were successfully defeated, the evil demon army will not give up! Soon, the demon army will attempt to invade Yunluo Land again. Your epic journey to fight against the evil forces will begin!
Lead legendary heroes to the great war against demons in a real-time, free 3D MMORPG mobile game with a unique, anime art style.
Oath of Glory is currently available in English, more languages to follow soon!
BEAUTIFUL OPEN WORLD
Explore the rich story of Oath of Glory, by starting your adventure in a fantasy world full of mighty warriors, mythical creatures, fallen kings, and deadly shadows that threaten the entire world.
The magical world of Oath of Glory awaits brave souls to explore the wilderness, snowy castles, magical forests, and more!
The auto system will allow you to collect, turn in quests, and level up easily.
CUSTOMIZE YOUR OWN HERO
Choose between Warrior, Mage, and Enchanter. Different classes have different fighting styles and abilities. Unlock legendary armors and weapons, capture exotic pets to help you fight, and summon your unique mounts to ride into the battlefield.
INNOVATIVE COMBAT SYSTEM
Real-time battle mode, multi-skill selection, and a unique talent system will bring you an extraordinary experience. Strategic team battle will allow players to unleash mighty powers to help them in the battle between gods and demons.
JOURNEY WITH FRIENDS
Play together with friends, team up with other players to complete time-limited events and dungeons that rotate every day, offering special rewards to all the participants.
FIGHT FOR GLORY
Battle Arena and ladder system awaits the competitive, fearless players! Join 3v3 or 10v10 PvP Arena Battles, and fight for glory.
Join a guild and fight in the epic guild wars mode!
Oath of Glory Historial de versiones de APK