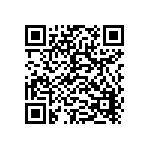 In industry, the PLC is the most important automation device because of its role as the brain in running industrial processes. This brain uses syntax to be able to perform tasks in an orderly, sequential manner.The native language of the PLC is called “ladder logic”. Ladder logic is graphical, in that it can be laid out in a form that resembles a ladder with rails and rungs. Ladder logic diagrams were developed originally from relay-circuit diagrams that were used for electronic circuitry prior to the advent of PLCs.PLC Ladder Simulator 2 is a simulator for the Android operating system with input and output objects that simulate the I/O ports of a real PLC. You can use PLC Ladder Simulator to create ladder-logic diagrams using components from the standard set used in these diagrams.PLC Ladder Simulator 2 is the successor of PLC Ladder Simulator, this version comes with big changes like a better and more friendly user interface UI and user experience UX, better use of sub-rungs, more functions blocks, unlimited save files and the possibility to export them to other devices that run the app, and much more.PLC Ladder Simulator 2 allows to auto-generate Arduino code for some Arduino boards from your ladder designs.IMPORTANT: Don't forget to check the help tutorial inside the app to understand how to use it.PLC Ladder Simulator 2 Website: http://plcladdersimulator2.weebly.com/If you have any question or problem, you can contact me at [email protected]
PLC Ladder Simulator 2 Historial de versiones de APK