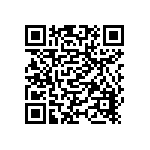 Scopa is the popular Italian cards game played with a 40-card deck.
You can challenge a friend at a table of 2 players or play with a random opponent (wifi or 3g). You can play against the computer in offline mode. You can also play at 4-player tables by sitting at one of the free tables in the available rooms.
Ability to send text messages while playing. General ranking.
No registration is required.
All players arrange themselves around the playing surface. If playing in teams, team members should be opposite each other. One player is chosen to be the dealer.
Each player receives three cards. The dealer deals them out one card at a time, in a counter-clockwise direction, beginning with the player to their right. During this deal, the dealer will also place four cards face up on the table. A table card may be dealt before the deal begins, immediately after dealing a card to themselves but before dealing to the next player, or after dealing all players all three cards.
As it is impossible to sweep in a game where the initial table cards include three or four kings, such a deal is considered invalid. The cards are re-shuffled, and the dealer deals again.
The player to the dealer's right begins play. This player has two options: Either place a card on the table, or play a card to capture one or more cards. A capture is made by matching a card in the player's hand to a card of the same value on the table, or if that is not possible, by matching a card in the player's hand to the sum of the values of two or more cards on the table. In both cases, both the card from the player's hand and the captured card(s) are removed and placed face down in a pile in front of the player. These cards are now out of play until scores are calculated at the end of the round. If by capturing, all cards were removed from the table, then this is called a scopa, and an additional point is awarded at the end of the round.
After all players have played all three cards, the dealer deals out three more cards to each player, again beginning with the player to their right. That player then begins play again. No additional cards are dealt to the table. This process is repeated until no cards remain in the deck.
After the dealer has played the final card of the final hand of the round, the player who most recently captured is awarded any remaining cards on the table, and points are calculated for each player or team. If no team has yet won the game, the deal moves to the right. The new dealer shuffles and deals the cards as described above.
scopa Historial de versiones de APK