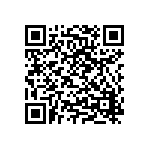 Launch your ace space ship from planet Earth and collect the lost rescue helmets to save the lizards of the failed Russian space station. Shoot rocky asteroids to get the hidden gecko rescue helmets! Blast Unity asteroids to get hidden power-up objects: classic turbo lasers, fuel refills, shield recharge or the magical magnetic helmet collector special power up! Asteroids and celestial bodies use real 2D physics simulations in this ace space shooter game.* * *Russia’s space agency confirmed on Monday, 1 September 2014 that five geckos, launched into space for an experiment on weightlessness have died.But now you can change the tragic history into sweet and glorious victory! In the hit game “Space Geckos – Rescue Mission” you can fight your way through asteroids and get those geckos to bring them back to Earth! On behalf of the geckos a big THANK YOU to you for playing the game and keep the gecko memories alive! (The game requires a relatively powerful and new device because of the physics.)Navigate your ship using simple taps among dangerous asteroids, black holes, exploding space mines, neutron stars and double stars. Avoid deep space comets, the Moon or tiny meteors; they can destroy your space ship. Travel through all the star constellations during your adventure! Complete adventurous tasks and save as much lizards as you can! Shoot your way to the top of the leaderboards and the best of the best!Space Geckos – Rescue Mission game features:• 100+ double missions with compelling tasks• 200+ tasks to complete• Extra bonus system for chain reactions!• Free to play (but you can buy extra ships and remove ads)• Easy, simple and fun to play, challenging to master space shooter• Choose from 4 different space ships to rescue the geckos• Upgrade system for all major ship properties• Share your victory with your friends• Switch between auto fire system and manual fire system• Super, 2D casual look and feel• Real star constellations in the background• Real NASA sounds• Everyplay for video sharing• Achievements and missions to amaze your friends• Leaderboards to watch your friends how many geckos they saved!Check our other games as well!Like us on Facebook or follow us on Twitter for the latest news:facebook.com/PrecontinentGamestwitter.com/Divemastergame
Space Geckos Historial de versiones de APK