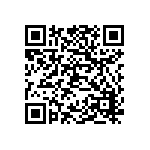 Spades is generally suitable for 4 player card Game. Spades can be played in partnership or Solo. Spades is similar to popular free card games like Euchre, Gin Rummy, Bid Whist & Canasta. However, in this game, spades are always trump!spades free card game have two unique modes, DoblueNil and Joker mode. Both of this modes are very exciting and thrilling to play. Give it a shot we promise you'll not regret it.You can earn unlimited free referral bonus by sharing the spade card game with your friends on Facebook to play Spades facebook.This game contains extremely vision friendly and soothing graphics so that you can play spades hd for long time without any type of strains.Modes :You can play in many different game modes such as Classic, Solo, Mirror, Suicide and Whiz But First time in history of spades card Game we introduced a Joker Mode and DoubleNil Mode of free Spades Offline Card Game. JOKER MODE : In this Mode of Spades plus Play in Partnership.There are 52 cards used with 2 jokers(Big & Small) left of Hearts and Diamond 2.The Big Joker is higher card of trump than small Joker and same as it. This is the most thrilling mode of the game which makes the game an ultimate spades.DOUBLE NIL : This mode is what makes this game a no.1 spades card game, Before looking at his cards, a player may bid Double Nil, also known as Blind Nil. After bidding Double Nil, the player looks at his cards and exchanges three cards with his partner. If he's successful, his partnership earns a 200-point bonus. However, if he fails, his partnership receives a 200-point penalty.CLASSIC : Make your bid with your partner and challenge other teams SOLO : In this Mode of Spades Each Player play individually. All Cards are By Default Open. Just like classic spades.MIRROR : In this mode, the players must bid the exact number of spades they possess. Again, no Blind Nil is allowed and the game is played in teams.WHIZ : In this mode, the players must either bid Nil or bid the exact number of spades they possess. Again, no Blind Nil is allowed and the game is played in teams.SUICIDE : In this mode, the players play in teams but the difference is that one of the team members must bid Nil while the other has to bid at least 4. There are no Blind Nil Bids.CREATE YOUR OWN TABLESYou can create tables in different modes. Choose your “Game Rule” type, set the “Bet Amount” and the “Final Point” or decide if there will be “Nil”, “Blind Nil” or “DoubleNil” options.Features:1) Get Daily Reward Bonus.2) Unlock Quest & Achievement.3) Private Table.4) Real time Leaderboard.5) Play with Various Modes.6) Play with Nill, BlindNil and DoubleNil Bid.
Spades Historial de versiones de APK